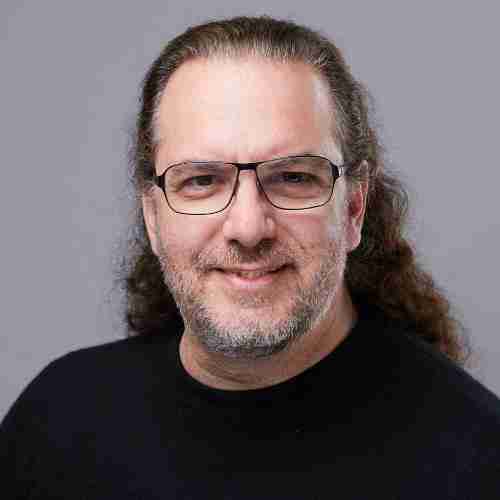 Dr. Adrian Kaehler is an independent scientist, adviser, and start-up founder. He is the founder and CEO of Giant.AI. His current research includes topics in deep learning, machine learning more generally, statistical modeling, and computer vision. Adrian received his Ph.D. in Theoretical Physics from Columbia University in 1998. Adrian has since held positions at Intel Corporation and the Stanford University AI Lab, is an Applied Invention Fellow, and was a member of the winning Stanley race team in the DARPA Grand Challenge. Dr. Kaehler was Vice President of Special Projects at Magic Leap, Inc., a startup company that raised over $1.4B in venture funding from 2014 to 2016. He is a co-founder of the Silicon Valley Deep Learning Group, has a wide variety of published papers and patents in physics, electrical engineering, computer science, and robotics.

In 2004, the first DARPA Grand Challenge took place. The goal for the challenge was to have an autonomous vehicle (AV) successfully navigate a 142-mile course through the desert of Nevada. By doing so, DARPA aimed to accelerate the development of autonomous vehicle technology for US Military use. Although no teams completed the course and no winner was announced, it set the stage for a thrilling second round the following year.

For the second Grand Challenge, Stanford University teamed up with Intel and VW to build the winning car: Stanley. I got involved in the project and, ultimately, in AVs, because I felt that the Grand Challenge was cool and interesting, and a clever and effective way to develop AV technology. Not only was it a great use of time and resources, but it was a lot of fun working out in the desert with such a passionate and skilled team. It was also quite exciting to become a minor celebrity and to receive a $2 million prize!

I have a rich working history with Luis. When he reached out to me to help empower the computer vision side of the iDAR system, I did so immediately because I believed in him, the core team he was assembling, and the technology.

AEye is solving important problems in the AV world by being thoughtful, economical and, what I call, “delightfully tricky.” Developing impactful solutions is tricky and relies on critical insight, which ultimately opens the door for products to be much cheaper and smaller than the competition. Luis figured out that there is a smarter way to approach the problem at hand. iDAR has the characteristics of a winning perception solution. You win by being smart. AEye and its iDAR system are most definitely smart.

I am a firm believer in contextual autonomy, like a car maneuvering itself to find a parking space. This is because, in that sort of environment, the task is simple and humans can easily intervene, if necessary. Therefore, I envision many circumstances in which full autonomy can be achieved, but they will need to be well-defined by automakers and the government.

Lawmakers and regulators must take a more active role in creating context for autonomy, drafting and passing legislation to create an infrastructure that is friendly to autonomous driving. They will need to upgrade HOV lanes and transform them into autonomous HOV lanes. Advancements such as adding transponders or visually distinct targets in tunnels will guarantee that ADAS systems work in these designated lanes.

In the next 5 years, we will see more ADAS systems being implemented into cars, not just luxury models. These will be seen as standard features an average consumer will have in their car, like a rear-facing camera is now. And like the rear-facing camera, these ADAS solutions will have a positive impact on safety. However, cost is going to be very important for consumers. In the world of feature-based ADAS systems, cost needs to be much lower. In the foreseeable future, automakers will focus on producing features that consumers love, but are cheaper for the mainstream market.

This predicament plays into AEye’s strengths because AEye produces solutions that are not only smarter than what’s currently on the market, but also less expensive, with a clear roadmap in place to bring price down even further. As consumers become more excited by ADAS features, there will be a growing demand for them to be widely available at reasonable prices. Consequently, AEye’s iDAR system fits very well into the world that is emerging. The real, serious problems facing that last hurdle towards mainstream, elegant ADAS features can be achieved by iDAR. Now’s a great time to partner with AEye.